We started a brief discussion on the importance of work, the role of money and consumer rights. The students have concluded that work and money are very closely linked, because if you work more -you make more money. But that does not mean that you will have more money, because someone wants to spend more and someone wants to save. They consider that its important to save because you can afford some things that are more expensive or that money can provide you something that you really need or improves quality of life at some point in time. With the learned experience, some students reported that they bought a product that wasn’t right before the seller had guaranteed the guarantee sheet and that they had replaced the product in the store. 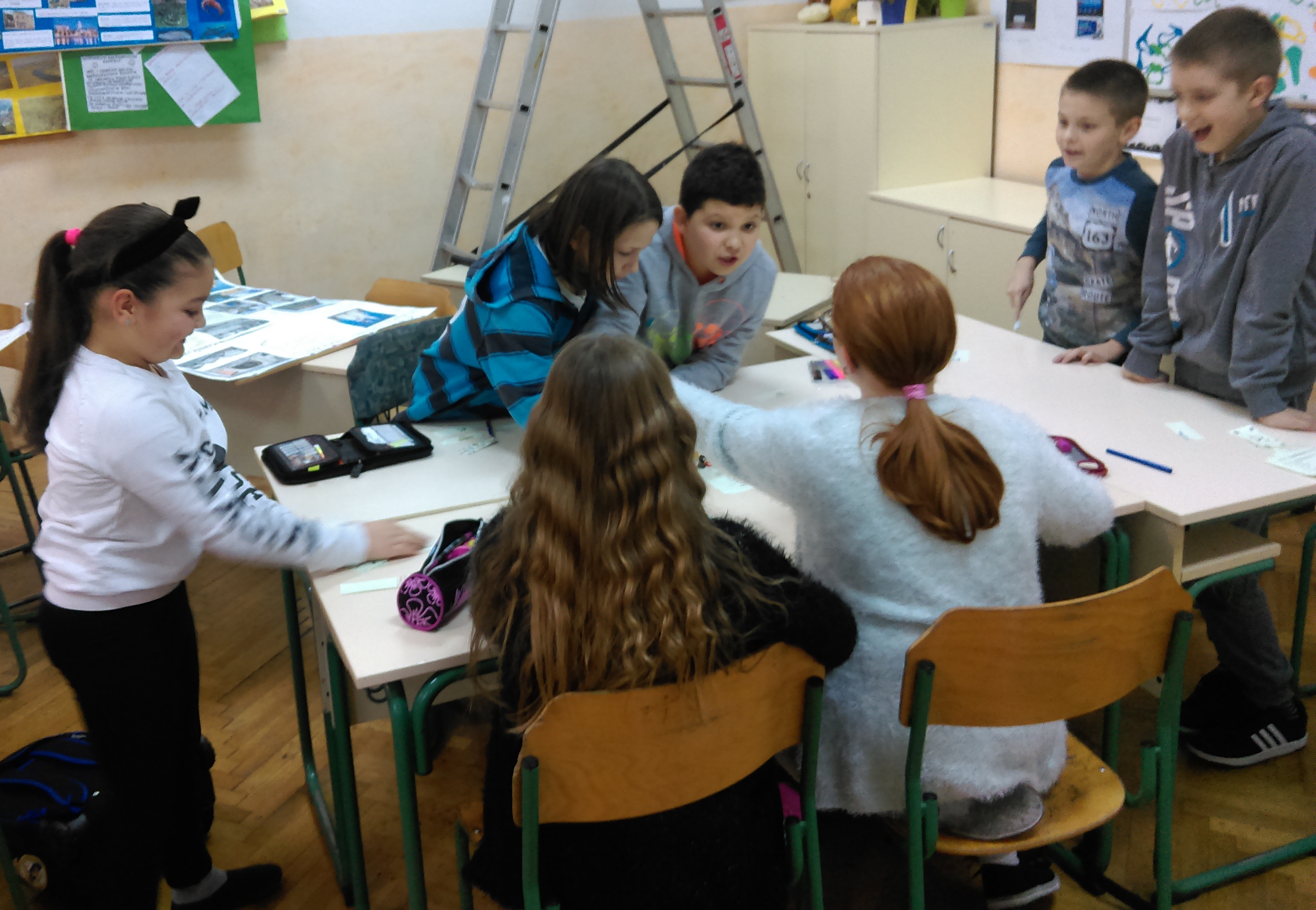 To start the game, students have made 10, 15, 20, 25 and 30 kunas banknotes and painted them. Each student received a certain amount of money and a parcel to move around the field. They then threw a dice to find out how many fields they have to move forward. When he was in a certain field, the student could decide whether he wanted something from the offer. If he decided to buy, the student put the amount listed in the middle of the board, and if he did not , he waited for his order again. If he stopped in the TEST or SCHOOL field he pulled out the card and read it aloud in writing. For the correct answer from the middle of the board, he would take 10 kn, and for the incorrect answer he would put 15 kn at the middle of the board. A student in the field POCKET MONEY would pick up all the money that was in the middle of the board, and the student standing on the penalty field stays in that field until he gets a five. A student who had run out of money could sell some of his stuff to his teammates and earn some money. He defeated the player who passed the whole lap and earned at least 10 kn. At the end of the hour we took a talk of decision. The students realized that they were sometimes quick-moving when making money-decisions. they sometimes decided to buy something because their friend encouraged them. They learned that in real life we should better think about buying something because they want it. Because it is good for them or for reasons because someone has been hesitating or encouraging them. On the cards SCHOOL were tasks of Croatian language, mathematics, nature and society, and the pupils were learning it on a fun way. They were intrinsically motivated because they wanted to earn as much money as possible to stay as long in the game as possible. Positively moody and very active, they developed cognitive abilities, collaborative skills, ability to come to conclusions, solve problems and find new teaching situations. 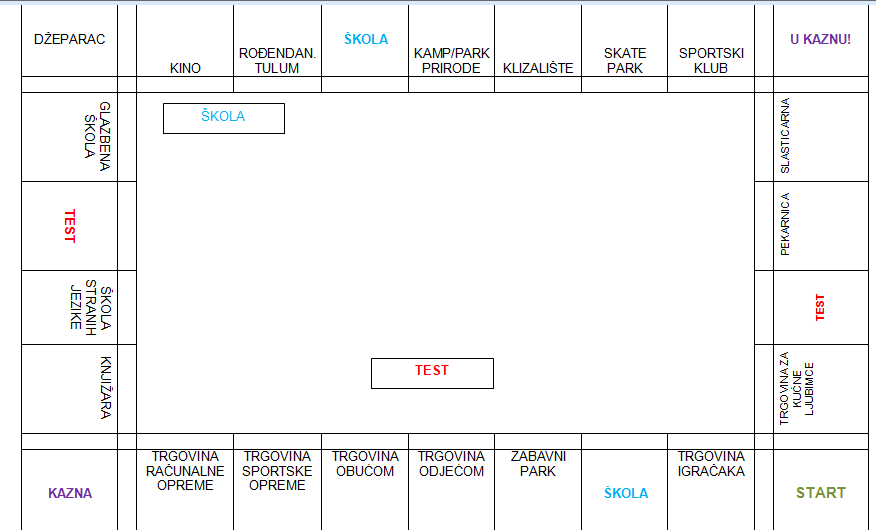